The reports called for 12-20 inches of snow for western ma with winds approaching 50mph. The snow didn’t quite hit the mark, but the wind was intense. Rather than feeling like Dorothy on a set of x-country skis, I decided today would be a great day to try out a new cycling video I got for christmas.


BTBop is not like any training video I've used previously. There is no coach to motivate you, structured workout routine, or interval training. Rather, the video attempts to place the viewer into a real ride. The cyclist follows the view of a camera attached to one of the cyclist's handlebars. Today, I was participating in the first 50 miles of the Durango 100 century.

I was skeptical at first if I would stay interested in a 2 hour indoor ride while watching a handlebar camera. Yet I was very surprised how I got into the race. I really felt like I was in the event. My instincts on when to hammer the pedals matched perfectly with the rider's acceleration on the screen. As I settled back into a paceline, I instinctively dropped to an easier gear and slowed down my heart rate. In a chase, I rode hard, bringing my heart rate up to 95% for over 10 minutes and the whole time thinking to myself “I can catch up". I even was finding myself using had signals on my trainer to apparently warn the furniture behind me. Two hours passed by quicker than I would expect and the scenery of the Sunbelt made me forgot of the current blizzard conditions happening outside my window.
My one recommendation is to ride using the "sounds of the roads". BtBoP offers 2 choices for background noise, a musical soundtrack and no music (ie.sounds of the road). I love music and find videos hard to watch without some good tunes, but for me, the soundtrack was a compilation of bad upbeat elevator music. Go with the sounds of the road, which does make the ride more realistic, or throw on your own favorite tunes.
I have another video from BtBop that I plan to use next week and will report back. In the meantime, winds have died down, so a skiing I am going.
Posted by John at 4:51 PM No comments:

One of my favorite places to run is Ashley Pond in Holyoke. A gravel trail around a beautiful reservoir, with no sign of traffic, large trees and plenty of bird songs. Its easy to forget that your are actually in Holyoke. I even heard a pileated woodpecker! I am beginning to rebuild my running endurance, running for about 70 mins, 7 1/2 or so miles. A great way to start off the holidays.
Posted by John at 3:49 PM No comments:

Jan 9, 2011. The event takes place all on snow. Begins with a 4k run, followed by 6k xc ski (most competitors skate ski), finish with another 4k run.

This will be my first xc ski race. I checked out the Weston Ski Track and took a lesson in skate skiing. I have much practice needed within the next 3 weeks if i dont want to look like a turtle on ice. Too bad my Chezch brother in law wasnt around to give me a few tips. At least i can run.
Posted by John at 9:35 PM No comments: 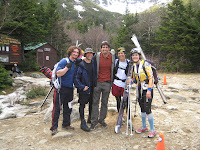 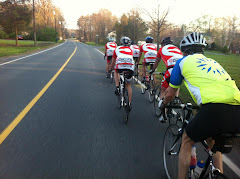